Gerard Butler’s new NYC loft is a true original. Most of us don’t have the luxury of curating our homes to our every little whim, but Butler has created a space that is truly an extension of himself. The actor created the funky feat in interior design with production designer Elvis Restaino, who has a background in building commercial sets for television shows, movies and restaurants. Restaino spent four years working on personalizing the space with Butler, and the duo have created a fantastical living space like no other for the actor.

The loft is filled with muddy beiges and browns inspired by sights seen in salvage yards. Butler and Restaino spent time finding dilapidated objects that they could reclaim, restore and mold into their vision. The results are a rustic, masculine space that personifies the ruggedness of the actor. 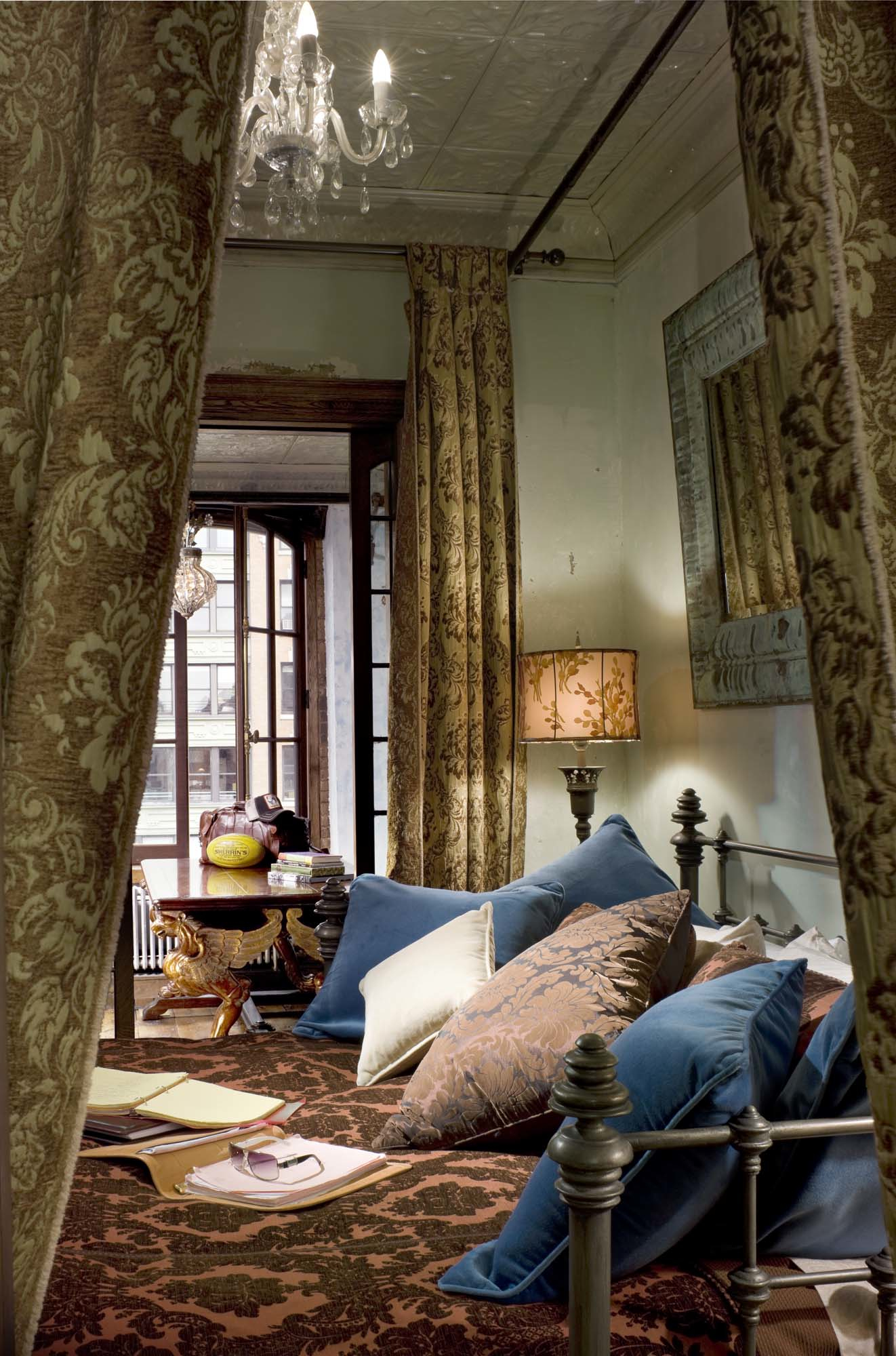 The space was previously a white gallery that had been compartmentalized for a family, but Restaino and architect Alexander Gorlin completely remodeled it for Butler. The goal was to not just to make a space that looked “lived in” but considerably aged, used and worn. The ceiling beams are painted in a faux wood grain while the loft’s columns were constructed out of wood and chicken wire. A big focal point in the loft is a large mural on the ceiling, which was painted on canvas and covered with plexiglass aged to resemble dirty glass tiles. Finishing off the mural are custom-made, tiny glass stars.

Restaino says, “If I blindfolded you and set you in the center of the apartment you would know it’s [Gerard Butler’s] place without ever knowing him, because of the design.”