In Manhattan’s Chelsea neighborhood, actor Gerard Butler worked with architect Alexander Gorlin and film designer Elvis Restaino on his 3,300-square-foot open loft in a converted manufacturing warehouse. “I wanted something elegant and gorgeous and at the same time rather masculine and raw,” says the actor. “I guess I would describe the apartment as bohemian old-world rustic château with a taste of baroque.” The living space, shown, is centered around arched, brick-framed windows that look out at the Empire State Building. The chandelier and leather chairs and ottoman are from ABC Carpet & Home. 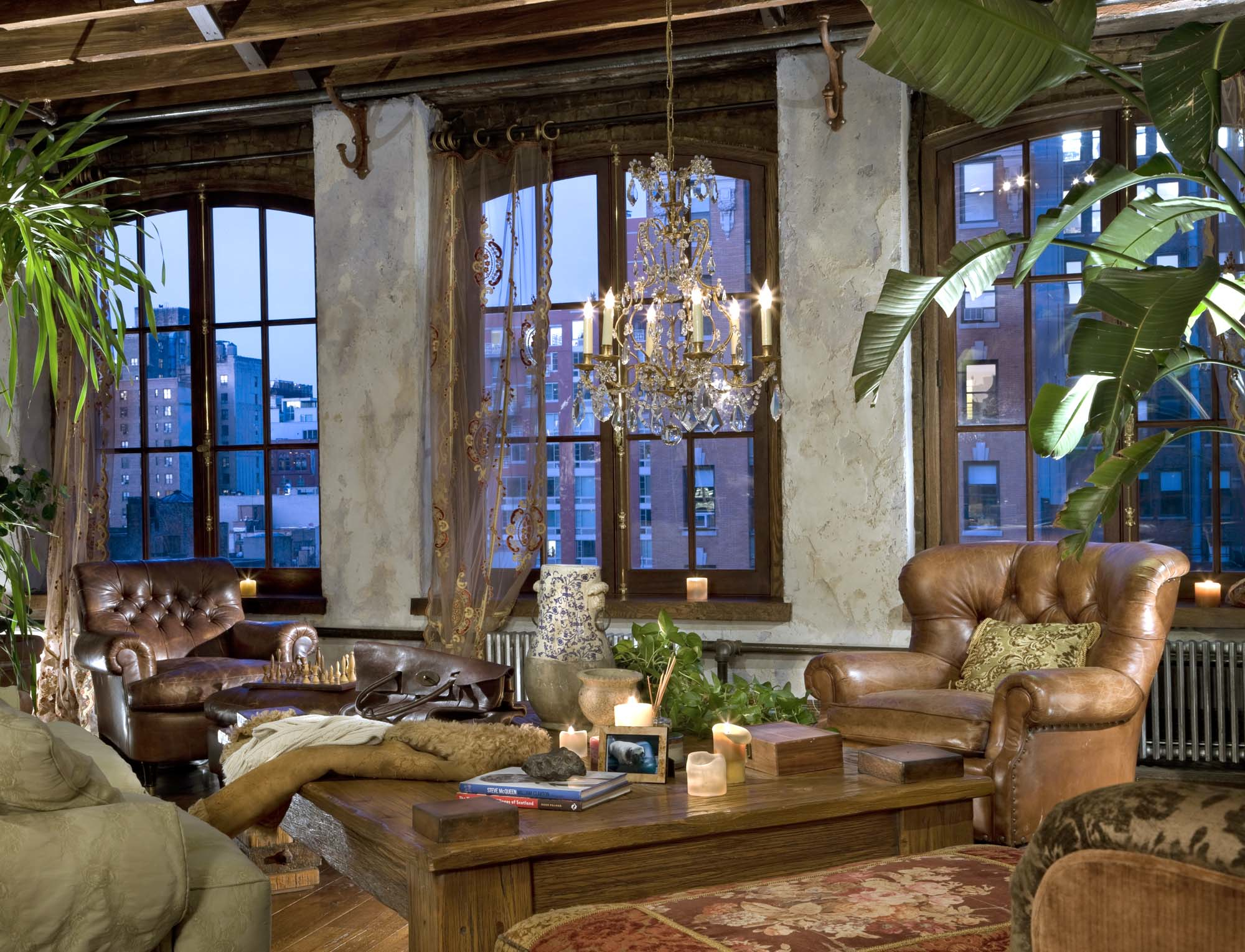